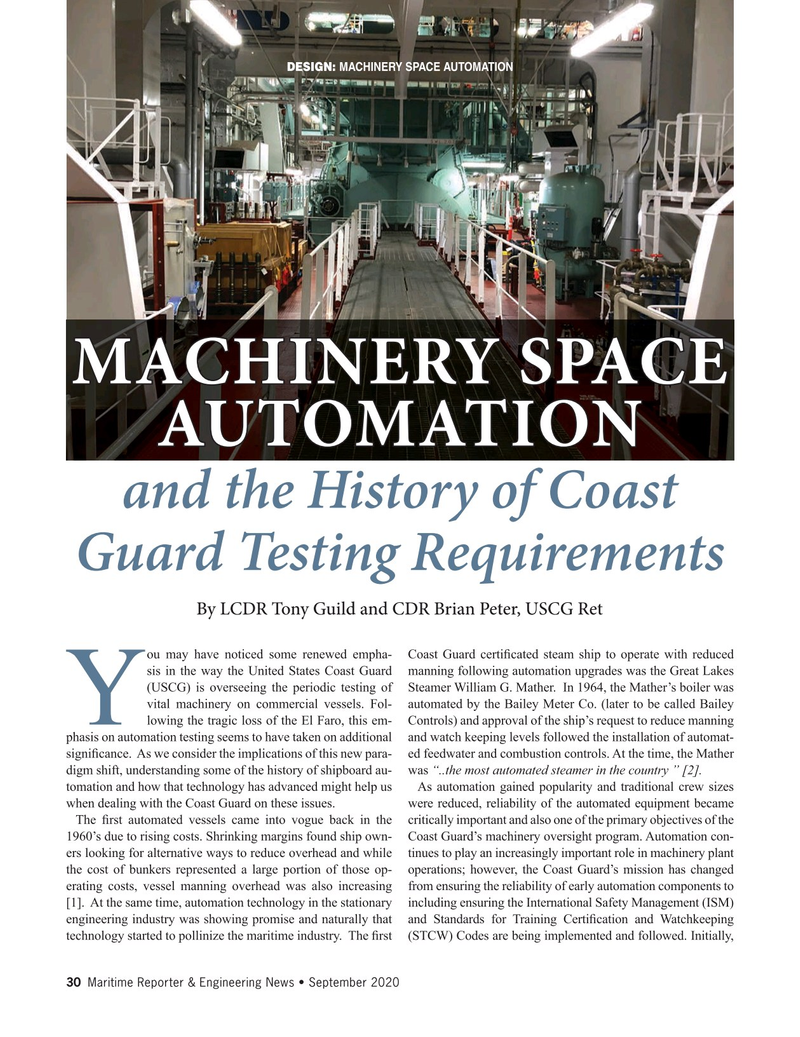 AUTOMATION and the History of Coast

Ylowing the tragic loss of the El Faro, this em- Controls) and approval of the ship’s request to reduce manning phasis on automation testing seems to have taken on additional and watch keeping levels followed the installation of automat- signi? cance. As we consider the implications of this new para- ed feedwater and combustion controls. At the time, the Mather digm shift, understanding some of the history of shipboard au- was “..the most automated steamer in the country ” [2]. tomation and how that technology has advanced might help us As automation gained popularity and traditional crew sizes when dealing with the Coast Guard on these issues. were reduced, reliability of the automated equipment became

The ? rst automated vessels came into vogue back in the critically important and also one of the primary objectives of the 1960’s due to rising costs. Shrinking margins found ship own- Coast Guard’s machinery oversight program. Automation con- ers looking for alternative ways to reduce overhead and while tinues to play an increasingly important role in machinery plant the cost of bunkers represented a large portion of those op- operations; however, the Coast Guard’s mission has changed erating costs, vessel manning overhead was also increasing from ensuring the reliability of early automation components to [1]. At the same time, automation technology in the stationary including ensuring the International Safety Management (ISM) engineering industry was showing promise and naturally that and Standards for Training Certi? cation and Watchkeeping technology started to pollinize the maritime industry. The ? rst (STCW) Codes are being implemented and followed. Initially, 30 Maritime Reporter & Engineering News • September 2020