Imtech Marine introduces the new multifunctional SeaPilot 76. SeaPilot 76 can be turned into a fully approved combined sea and river pilot and can be connected to both proportional and on/off valves. This makes the modernized Seapilot 76 a good addition to the Sigma-line of Radio Zeeland. The SeaPilot 76 is suitable for the fishing industry as well as inland, coastal and deepsea shipping.
The Seapilot 76, as well as its predecessor SeaPilot75, was developed in close cooperation with Radio Zeeland DMP. The collaboration between Imtech Marine Netherlands (formerly Radio Holland) and Radio Zeeland DMP started 20 years ago.
www.imtech.com/en/marine 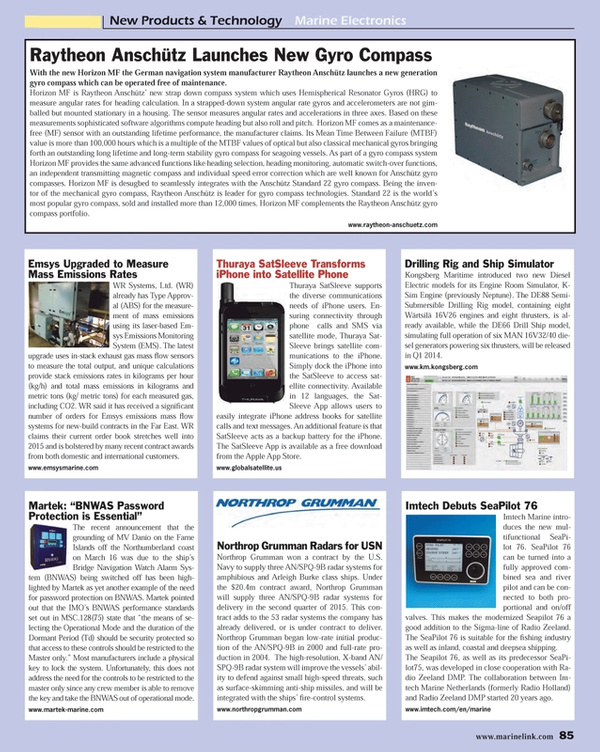