Despite the difficult market situation Blohm + Voss Repair GmbH has been able to book new orders so that the docks are quite busy in August. In addition to the conversion of the LNG tanker Matthew, which is discussed on page 24 of this edition, B+V found itself flush with work, including the following.

In early August the bulk carrier Anangle Venture from the Anangel Purity Compania Navio arrived. The 741 ft. (226 m) long and 105.6 ft. (32.2 m) wide ship, which had been tugged across the Atlantic, was provided with a new rudder. The new rudder had been designed and built at the yard during in four weeks, and the ship was in dock for about nine days. Next, a Vertex Shipholding's reefer vessel Fortune Bay called at Blohm + Voss and was docked for two days (dock 16) to repair cracks in the rudder. The reefer measures 474 ft. (144.5 m) long with a breadth of 71.5 ft. (21.8 m).

In mid-August the 784 ft. (239 m) tanker Young Lady, which is in service under the flag of the Isle of Man arrived.

It was docked for six days in dock 11, and equipped with two new winches and 14 new bollards. In addition, a monitoring system was be installed.

Following the arrival of LNG tanker Matthew, the floating crane HHLA IV was be subjected to a routine docking of about four days prescribed by the classification society. Paint work and work on the seawater valves was carried out. In addition to this, an order for the cruise liner Hanseatic was signed: On Monday, August 25. the 402.5 ft. (122.73 m) long and 59-ft. (18 m) wide Hanseatic was hauled into dock 10 to refurbish the cabins and the cinema. During the 14-day stay, the cabins were provided with sprinklers and the decks and the pool was newly decorated. In addition, an emergency genset was installed. 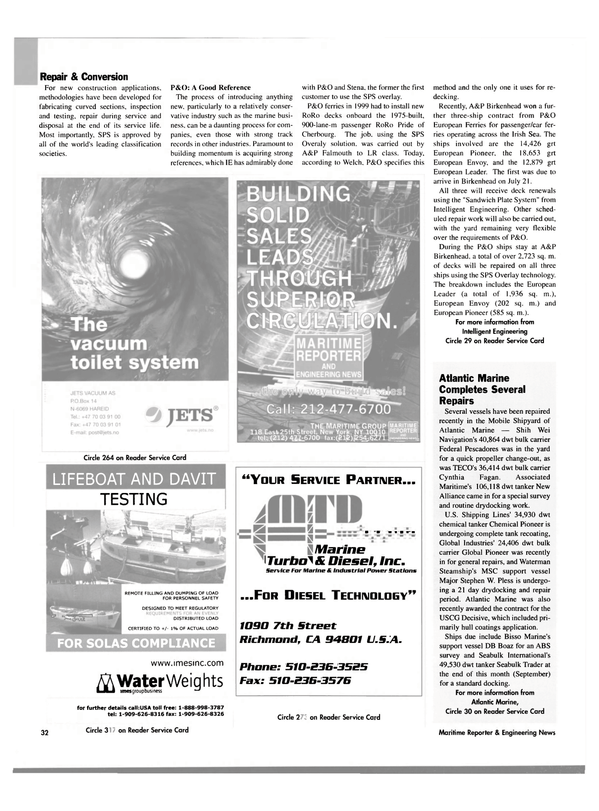