The VLCC Mosocean arrived in Dubai during April 2002 and was renamed Atlantic for the conversion operation.

She has now been re-delivered as the Xikomba for use off the Angolan coast in West Africa. The 1974-built Xikomba, measuring 1142 x 170.6 ft.

(348 x 52 m) and having a deadweight of 256.715 tons, has a production capacity of 90,000 barrels per day and a storage capacity of 1,8m barrels. This conversion will also extend the life of the vessel by at least a further 10 years. The conversion project has involved vast amounts of steel, pipe, electrical, mechanical, painting and accommodation work. In total over three million production hours have been used to complete the work.

The second FPSO project, involving the dwt Mystras 11, is currently in the final stages of completion at Dubai Drydocks and due to sail from the Yard in October 2003.

Dubai Drydocks has also recently won a conversion contract in the form of Bergesen's 360.700 dwt tanker Berge Pioneer, which will be converted to a Floating Storage Offshore unit (FSO) for use off Murmansk, Russia. The project work involves external and internal surface treatment, installation of tank heating coils, spread mooring system, vapor return line and refurbishment of existing valves and cargo lines. Part of the work will be the coating of the cargo tanks with Sigmaguard CSF. Due the cold harsh temperature in the North Sea, special insulation will be installed on deck steam and bunker lines. The tanker arrived off Fujairah at the end of August for extensive cleaning operations prior entering the shipyard at Dubai during early September. 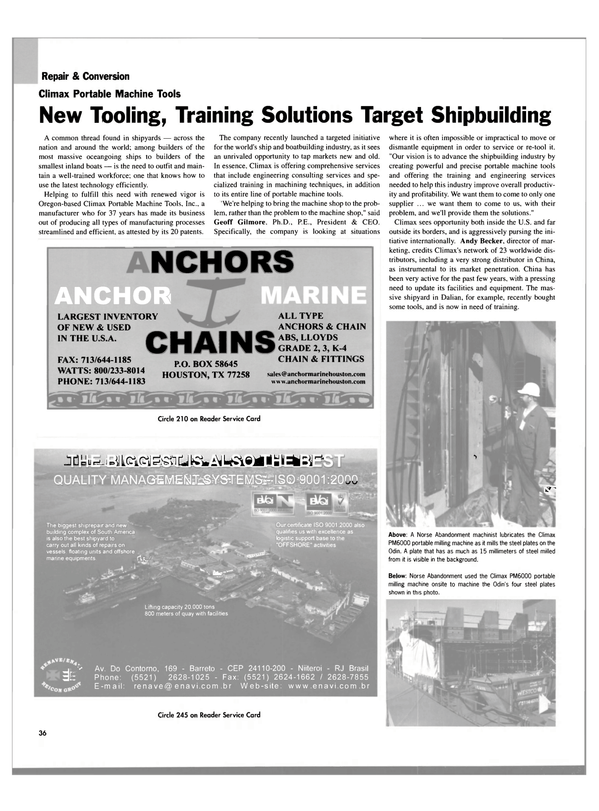