Cammell Laird, which has only recently completed an investment deal in Marseilles, has increased its involvement in the overseas repair and conversion industries by taking a $7.7 million (49 percent) equity stake in a new holding company along with U.S. West Coast ship repairer Cascade General.

The deal has an option for Cammell Laird to take a controlling interest within the next two years.

It will allow the new company to purchase the repair facility (freehold and docks) at Portland, Ore., the largest single repair facility on the U.S. West Coast. The facility is currently owned by Portland Port Authority and operated by Cascade General.

Cascade General has leased the facility from Portland Port Authority since 1995, when it became the sole shiprepairing company in the port. Since then, Frank Foti, chairman of Cascade General, and future head of the new operation, has been looking to complete the buy-out. The yard currently boasts an annual turnover of about $100 million, and wins virtually half of all commercial contracts that are placed with U.S. West Coast shiprepair yards. There are three main markets in which the yard operates — passenger vessels (the many cruise vessels now operating on the Alaskan service), tankers (the many large tankers operating between Alaskan terminals and U.S. refineries) and U.S.

Navy and auxiliary market. Last year the yard carried out a complicated conversion project involving a Drillship for Global Marine. There is also a very active voyage repair market for ships, especially bulk carriers, calling at ports in the Columbia River area. This is an international business and has resulted in the yard winning a number of drydocking contracts following successful voyage repair projects. The yard operates three floating docks with lifting capacities of 87,000 tons, 982 x 185 ft.

Alongside berthage stands at 7,631 ft. 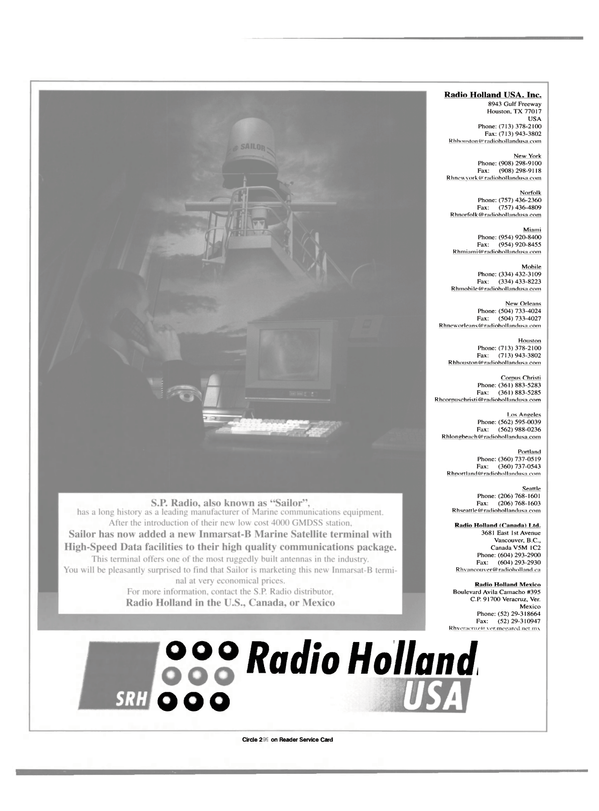