—Free Literature Available Alsthom's Diesel Group has received an order for four SEMT-Pielstick type 9 PC 20 L engines to power the 2,600-passenger cruise liner (model shown) ordered by Royal Caribbean Cruise Line from Alsthom's Shipbuilding Division, Chantiers de l'Atlantique. This diesel order is valued at about $4.5 million. The PC 20 engines form part of the new range of Pielstick diesels introduced to the market at the beginning of 1985.

With a total output of 28,000 bhp, the RCCL engines will be constructed by Alsthom's Etablissement Mecanique at Saint-Nazaire. These engines are of the medium-speed, long-stroke type, and have been developed to limit fuel consumption and to burn residual fuel.

The propulsion system for the Royal Caribbean ship will have several innovative features, including engine installation on an elastic suspension system to reduce noise and vibration.

The order for the ship will provide some four million hours of work for Alsthom's shipyard at Saint-Nazaire, plus three million hours for French subcontractors and suppliers. 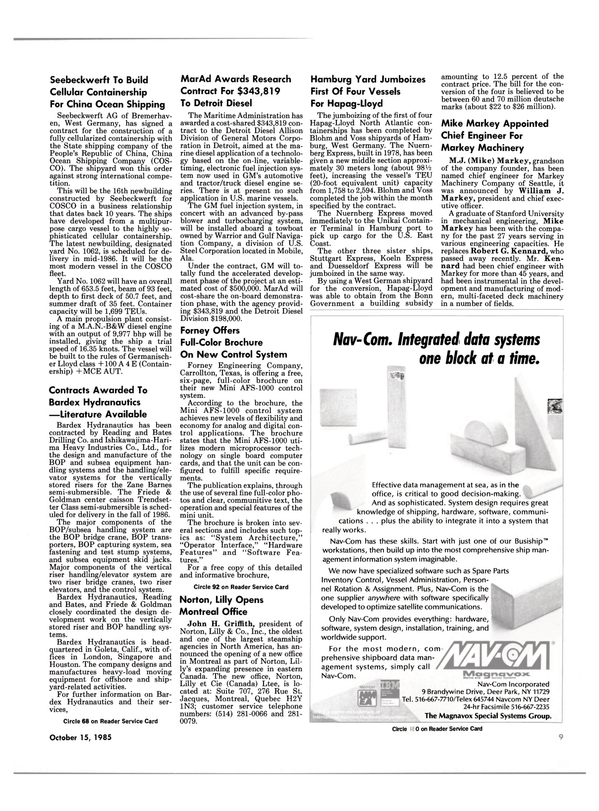