Marinette Marine Corporation of Marinette, Wise., has just added another 1,100 feet to its existing 1,100- foot dockwall along the Menominee River. Planning for the dockwall extension began in 1982 when Marinette applied for grant funding through the Wisconsin Harbor Assistance Program. Through approval and partial funding by the grant, the shipyard added more than $1 million of its own to develop the project at a total cost of more than $2 million.

The extended dockwall provides for additional ship berthing spaces and was engineered with deeper sheet piles to accommodate future plans for a large vertical shiplift.

The new wall also provides additional land usage for the year, and greater water depth alongside.

The dockwall was designed and engineered by Owen Ayres & Associates of Eau Clair, Wise., the same firm that designed Marinette's administrative and technical center and new ship erection building.

Marinette holds a 99-year lease from the City of Marinette for use of the dockwall.

For full information on the vessels constructed and services offered by Marinette Marine, C i r c l e 6 9 on Reader Service Card 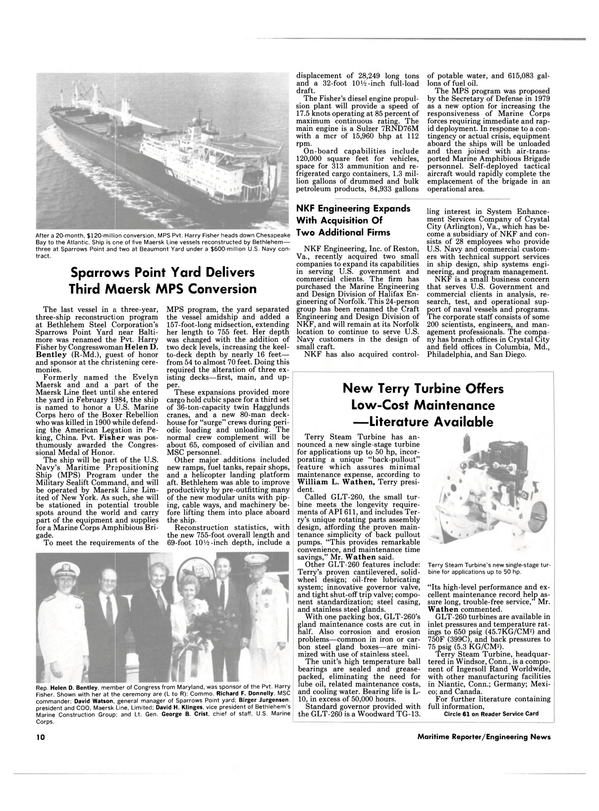