The jumboizing of the first of four Hapag-Lloyd North Atlantic containerships has been completed by Blohm and Voss shipyards of Hamburg, West Germany. The Nuernberg Express, built in 1978, has been given a new middle section approximately 30 meters long (about 98 ¥2 feet), increasing the vessel's TEU (20-foot equivalent unit) capacity from 1,758 to 2,594. Blohm and Voss completed the job within the month specified by the contract.

The Nuernberg Express moved immediately to the Unikai Container Terminal in Hamburg port to pick up cargo for the U.S. East Coast.

The other three sister ships, Stuttgart Express, Koeln Express and Duesseldorf Express will be jumboized in the same way.

By using a West German shipyard for the conversion, Hapag-Lloyd was able to obtain from the Bonn Government a building subsidy amounting to 12.5 percent of the contract price. The bill for the conversion of the four is believed to be between 60 and 70 million deutsche marks (about $22 to $26 million). 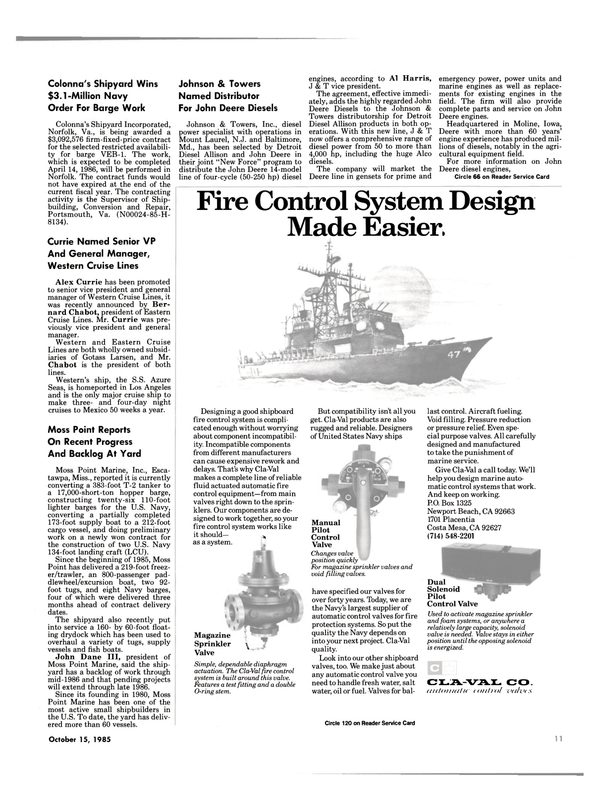