The pure car/truck carrier Isolde has been delivered by Kockums AB of Malmo, Sweden, to Wallenius Lines of Stockholm. With a capacity of 6,230 passenger cars or a combination of 2,930 cars and 540 heavy vehicles, the new ship has an overall length of 649.6 feet, beam of 105.9 feet, depth to weather deck of 103.35 feet, and scantling draft of 38.7 feet.

The main engine is the latest model low-speed Sulzer 7RTA68 diesel rated 18,100 bhp at 106 rpm, providing a service speed of 20 knots. Isolde is a unifuel ship, with the main and auxiliary engines burning the same heavy fuel oil of up to 600 cSt. Direct-reversing and driving a fixed Lips propeller, the main engine is remote-operated from the bridge or the engine control room; machinery fulfills the UMS requirement of Lloyd's Register of Shipping for unattended engine room.

The 6th deck is normally the car entrance deck, but at higher berths the middle outside ramp may also be attached to the 7th deck. Two outside loading ramps are positioned at the starboard side; the aft one will be rigged with a 25-degree aft angle to accommodate long vehicles.

Internal ramp systems between decks to doors and to openings in transverse bulkheads make it possible to load/discharge the entire ship via only one of the outside ramps.

Fifty-three fans evenly distributed along the entire ship's length have the capacity to change the hold air volume 25/50 times per hour.

They are operated individually or in sections from a separate control room on the upper deck; ballast pumps and valves are operated from the same room.

All navigation equipment is of the latest design. The Raytheon radar plant has anti-collision computer with free choice of picture presentation and other features. The Kockumation autopilot is of the totally adaptive, fuel-saving type with setradius steering for turns. In addition to a Decca Navigator, a Magnavox satellite navigation system is installed.

The radio station, VHF radiotelephones, telex, and lifeboat radios were supplied by Televerket.

are handled by four Maritime cranes on the upper deck.

Crew accommodations, placed on the upper deck far from the engine room and propeller, are outfitted to a very high Scandinavian standard.

Other crew facilities include a hobby room, combined cinema/conference room, gymnasium, outside swimming pool, sauna, and a room for trade union matters. 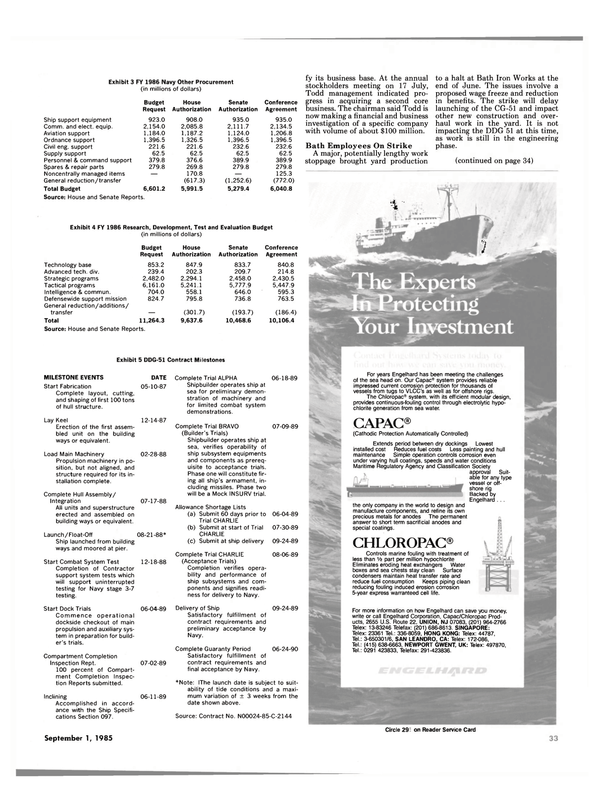