The 225-foot, steel-hulled ARS-50 was christened Safeguard, a name synonymous with the function of a vessel of her type.

This new class of ship represents a substantial increase in capabilities of vessels providing assistance to stranded ships or those in peril on the high seas.

One other ship of this type has carried the same name. The first Safeguard (ARS-25) was launched 40 years ago. She completed 35 years of active duty with the U.S.

Navy in 1979. Her years of service won her one battle star for World War II, a Presidential Unit Citation and five battle stars during the Korean War, and nine battle stars for Vietnam service. She served her country well carrying out many deep-water towing operations, salvage work, cargo deliveries, and provisioning missions.

Participating in the launching ceremony as sponsor of the ship was Mrs. Thomas J. Kilcline Sr.

of McLean, Va. Her daughter, Mrs.

Mary Kilcline Novak, served as matron of honor. An audience of close to 1,000 were on hand for the event. Robert E. Peterson, executive vice president of the shipyard, officiated as master of ceremonies.

The Most Rev. Aloysius J. Wycislo, bishop of the Green Bay Diocese, gave the invocation.

Peterson Builders' future holds the bright promise of many more Navy launchings. In addition to the four ARS-50 Class ships under contract, construction is also under way on the 224-foot, woodenhull Mine Countermeasure Ship (MCM), as well as seven 108-foot Yard Patrol Craft, also built of wood. The latter will be used by the U.S. Naval Academy for training midshipmen in navigation and vessel handling. 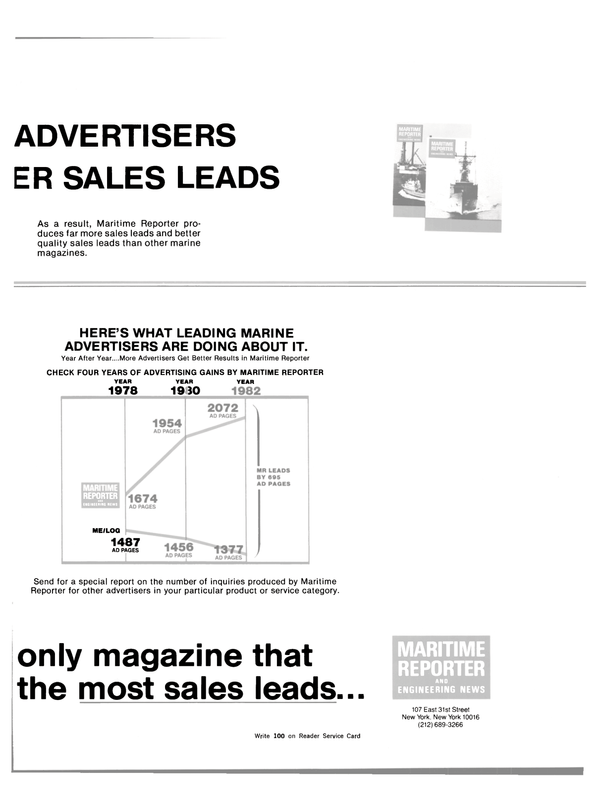