The Shark Eye was developed by Shark Marine to solve a common problem faced by many EOD / SAR teams, poor visibility.  The Shark Eye allows divers to see objects and conduct detailed visual inspections at arm’s reach even in turbid/dark water, eliminating the need for the diver to press their mask against what could be explosive or hazardous material.  The Shark Eye consists of a head mounted display, battery pack and a camera with hand held mount. It allows divers to perform visual inspections in areas that are hard to access without having to place their entire bodies inside.
www.sharkmarine.com 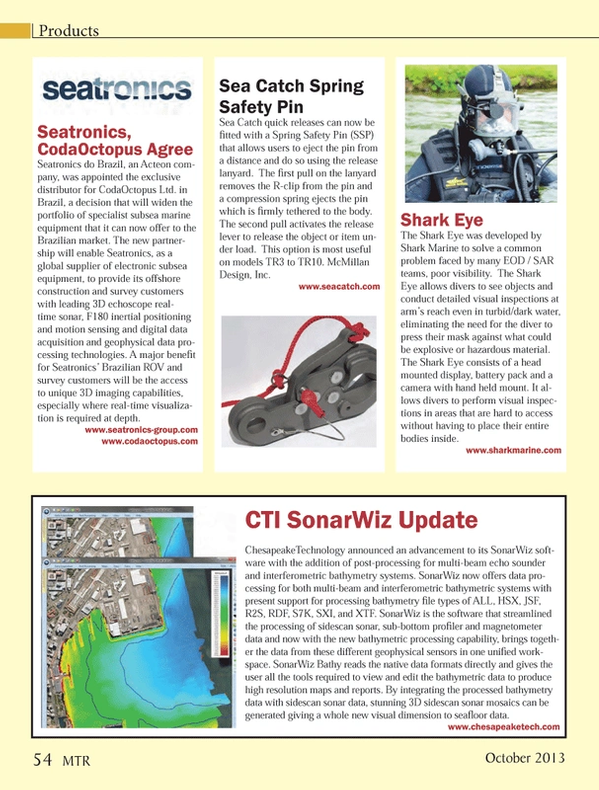