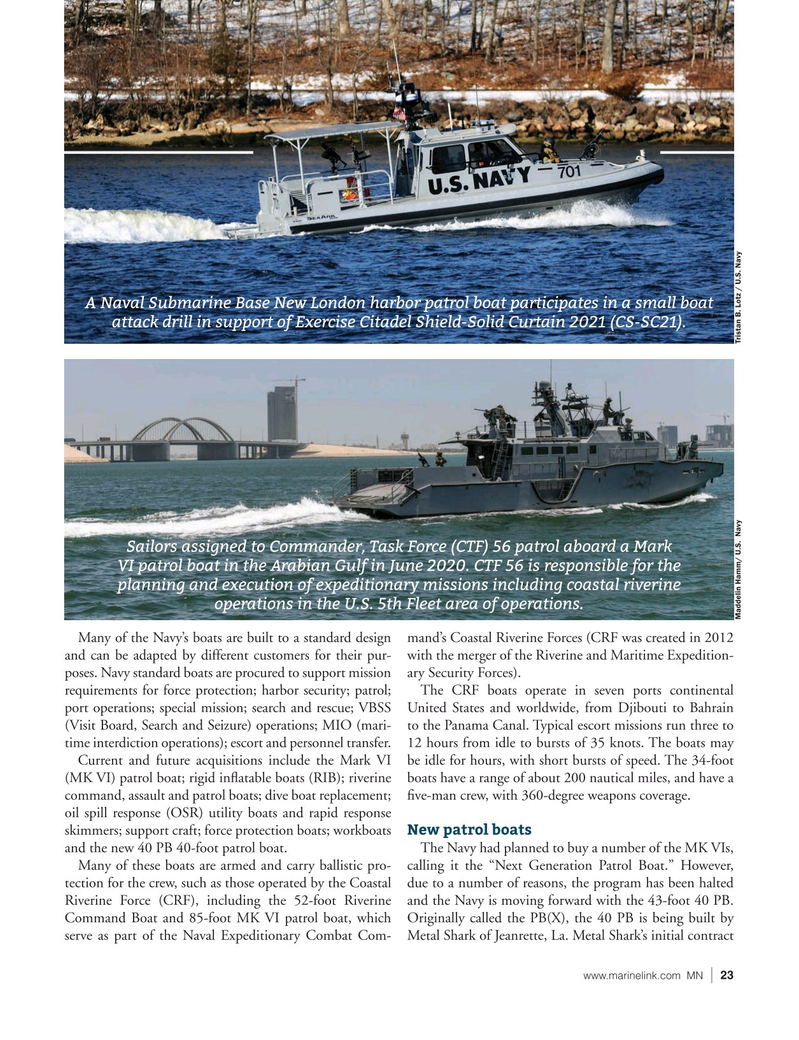 VI patrol boat in the Arabian Gulf in June 2020. CTF 56 is responsible for the planning and execution of expeditionary missions including coastal riverine operations in the U.S. 5th Fleet area of operations.

Many of the Navy’s boats are built to a standard design mand’s Coastal Riverine Forces (CRF was created in 2012 and can be adapted by different customers for their pur- with the merger of the Riverine and Maritime Expedition- poses. Navy standard boats are procured to support mission ary Security Forces).

Current and future acquisitions include the Mark VI be idle for hours, with short bursts of speed. The 34-foot (MK VI) patrol boat; rigid in? atable boats (RIB); riverine boats have a range of about 200 nautical miles, and have a command, assault and patrol boats; dive boat replacement; ? ve-man crew, with 360-degree weapons coverage.

Many of these boats are armed and carry ballistic pro- calling it the “Next Generation Patrol Boat.” However, tection for the crew, such as those operated by the Coastal due to a number of reasons, the program has been halted

Riverine Force (CRF), including the 52-foot Riverine and the Navy is moving forward with the 43-foot 40 PB.