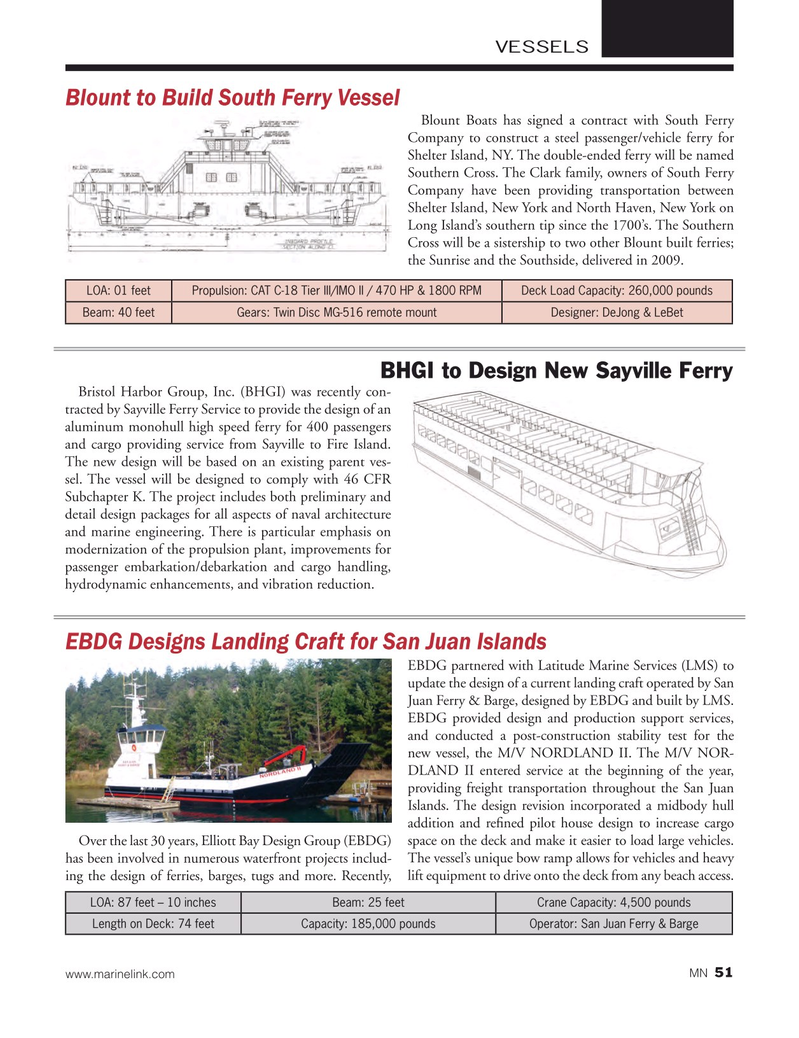 Blount Boats has signed a contract with South Ferry

Company to construct a steel passenger/vehicle ferry for

Shelter Island, NY. The double-ended ferry will be named

Company have been providing transportation between

Long Island’s southern tip since the 1700’s. The Southern

Cross will be a sistership to two other Blount built ferries; the Sunrise and the Southside, delivered in 2009.

The new design will be based on an existing parent ves- sel. The vessel will be designed to comply with 46 CFR

Subchapter K. The project includes both preliminary and detail design packages for all aspects of naval architecture and marine engineering. There is particular emphasis on modernization of the propulsion plant, improvements for passenger embarkation/debarkation and cargo handling, hydrodynamic enhancements, and vibration reduction.

Juan Ferry & Barge, designed by EBDG and built by LMS.

EBDG provided design and production support services, and conducted a post-construction stability test for the new vessel, the M/V NORDLAND II. The M/V NOR-

DLAND II entered service at the beginning of the year, providing freight transportation throughout the San Juan

Islands. The design revision incorporated a midbody hull addition and re