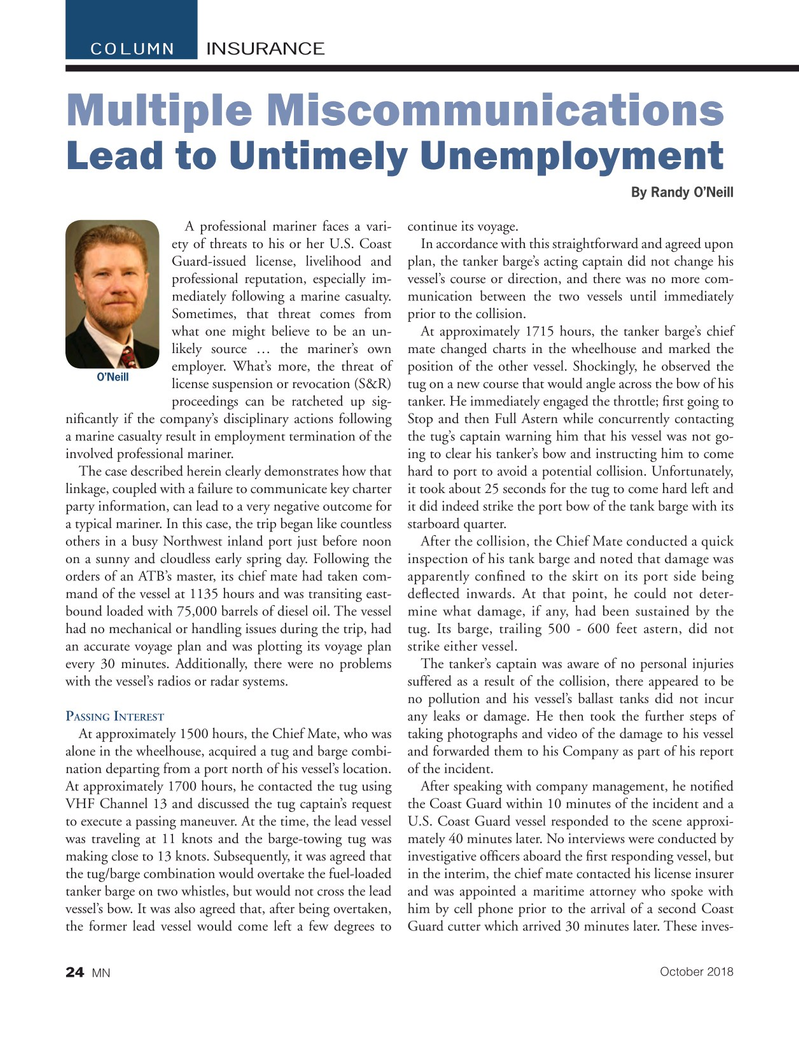 A professional mariner faces a vari- continue its voyage.

ety of threats to his or her U.S. Coast In accordance with this straightforward and agreed upon

Guard-issued license, livelihood and plan, the tanker barge’s acting captain did not change his professional reputation, especially im- vessel’s course or direction, and there was no more com- mediately following a marine casualty. munication between the two vessels until immediately

Sometimes, that threat comes from prior to the collision.

what one might believe to be an un- At approximately 1715 hours, the tanker barge’s chief likely source … the mariner’s own mate changed charts in the wheelhouse and marked the employer. What’s more, the threat of position of the other vessel. Shockingly, he observed the

O’Neill license suspension or revocation (S&R) tug on a new course that would angle across the bow of his proceedings can be ratcheted up sig- tanker. He immediately engaged the throttle;